Women in Business Development’s Adimaimalaga Tafunai has been honoured with a second global award – this time a DVF Award that was presented at the United Nations in New York. 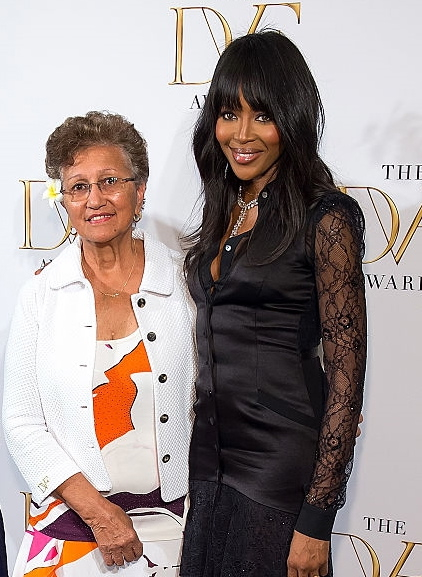 The New York Times covered the event, reporting that Diane von Furstenberg said that the fight for women’s equality around the world is far from over.

“The situation for women in the world is not what it should be. And we are regressing,” she said, citing violence against women and human trafficking as pressing concerns. “Let us remember, if we have a voice, it is our obligation and privilege to use that voice for those who have none.”

Tafuna’i, one of two international awardees working within the Vital Voices Global Leadership Network, says she was honoured and encouraged by the faith shown in her work for the people of Samoa and the Pacific Islands.

Tafuna’i has led Women in Business Development for more than 20 years. Her first global award was for economic empowerment from Vital Voices Global Partnership in 2012. In December last year, she was also made a Member of the Order of Samoa.

Tafuna’i was recognized for her work building sustainable economies in Samoa and other Pacific island nations, where families are often split apart when adults leave to find work elsewhere. “We are so isolated from markets,” she said, so she has helped Samoa develop small markets of its own by educating women and helping keep them in their communities.

She has also been instrumental in promoting organic agriculture and ethical trade in the Pacific. “It’s important that we make trade fair and that we make sure that the benefits of any trade goes back to the people.”

Through Tafuna’i’s work, Samoan organic virgin coconut oil is now an export in high demand, and a key ingredient in more than 30 products distributed by The Body Shop. Women in Business Development has had a long partnership with NZ Aid and Oxfam NZ in implementing its programmes in Samoa.

The Lifetime Leadership Award was presented to Ambassador Melanne Verveer, who was appointed the United States’ first Ambassador-at-Large for Global Women’s Issues at the State Department in 2009. Verveer directs Georgetown University’s Institute for Women, Peace, and Security. “If we just look at women as victims, no matter what they endure, we will never see them for the leaders that they are,” said Verveer.

The second International Award went to filmmaker and activist Samar Minallah Khan, who has spent her life documenting cultural forms of violence against women in Pakistani communities, from honor killings to the use of dowries in marriages.

The Inspiration Award went to Gabrielle Giffords, who has dedicated her life to fighting gun violence after being shot in 2011 while serving as a U.S. Representative from Arizona.

The People’s Choice Awards went to co-founder and CEO of The Adventure Project Becky Straw and activist Jody Landers.