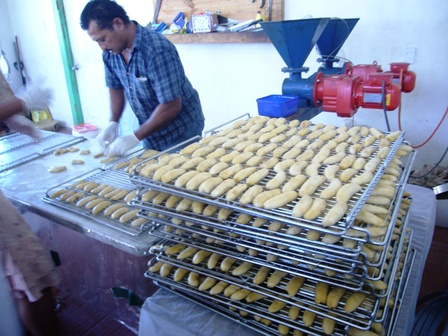 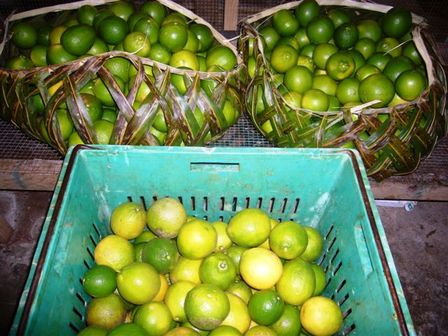 How do you make dried Samoan bananas tastier and more appealing to the eye? Pour Tahitian Lime over it.

“We had been using imported citric acid but we find with lime we get the same preserving result but with nicer taste and colour.”

Previous batches exported were tinged brown, which was thought to be an issue with misiluki bananas, to All Good Organics in New Zealand.

Hazelman says with the Tahitian Lime, the yellow shows up better and “that’s what the market wants”.

“Plus we are also generating income for our farmers and using a product that is purely natural.” 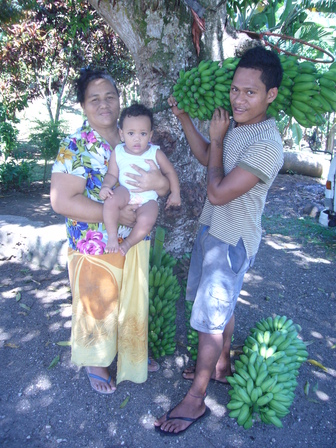 Amituanai has 15 mature Tahitian Lime trees and six saplings on his sprawling 100-acre farm. He planted the trees about five years ago when he heard there might be an export market for limes.

The exporting did not eventuate but he has found a local buyer with a city supermarket.

Yesterday when WIBDI called by, about 55kg of limes were collected.

Another 25kg were collected from Tevaga’s cosy two-and-a-half acre farm in Vaivase-uta.  On top of that, WIBDI also collected almost 200kg of green misiluki to take to its processing plant in Sinamoga.

Tevaga says even though some people have told her she should chop down her banana plantation because it makes her land looks like “tua”, she says her land is beautiful because it provides for their family.

Her bananas join others that are waiting their turn to ripen, be peeled, cut in half, soaked in lime juice for ten minutes, rinsed and then be taken to WIBDI’s electric drier at Nu’u.

Hazelman says in the future WIBDI plans to build larger facilities at Nu’u so all the processing can be all done at one place.

“Time is precious when you deal with a food item,” he says.