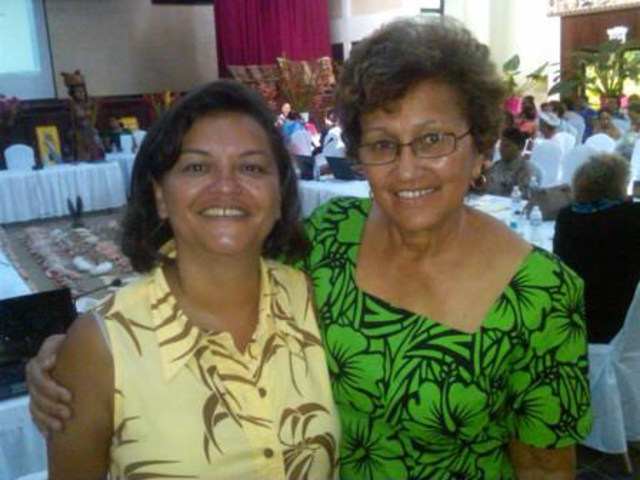 Koro, Palau –Women in Business and the Council for Native Hawaiian Advancement (CNHA) have made a commitment to explore the expansion of the production of coconut oil to Hawaii and Native Hawaiian family farmers.

"Over the last 16 years, we have worked with small groups of indigenous producers to establish coconut oil processing systems to supply large markets," said Adi Tafuna'i, Executive Director of Women in Business. "By working together with many small farming families, the Pacific is establishing itself as capable of meeting market demand that would otherwise not be possible for a single family or island in the Pacific."

The project of advancing coconut oil production includes native families from Tonga, Vanuatu, Cook Islands and Samoa. "Agricultural lands under our land trust established in 1920 by the congress, may be a great place to pilot the expansion of coconut oil production," Robin Puanani Danner said, CNHA president. "We are committed to exploring the feasibility, identifying homestead families to pilot the process and to work with WIBDI to enter the consortium of Pacific Islanders providing coconut oil on the world market."

The partnership took shape during a convening in Koror, Palau, where Danner and Tafuna'i were invited to address delegates at the Micronesian Regional Women's Summit. "We have more in common than differences among Pacific Island peoples," Danner said. "And the solutions are often inter-changeable or at least have great potential for success when we share experiences and adjust to the uniqueness of each island economy."

CNHA will host a team from Samoa to Hawaii before the end of the year, and prepare to establish a coconut oil press and processing pilot project. In the meantime, CNHA will convene small groups of families to identify interest in testing the pilot as well as modeling financial projections to test feasibility and project scale.

"It is an exciting opportunity that is worth exploring," Danner continued. "This is exactly the type of innovation in agriculture that Governor Abercrombie from the State of Hawaii has been encouraging our Native Hawaiian community to pursue."

The Women in Business Development Inc. (WIBDI) was founded in 1991, with the goal of promoting and advancing the status of women in Samoa with a focus on economics and business. WIBDI has since centered their focus on developing economies in rural villages through quantifying the women’s own skills and talents, with hopes of breaking into the global market to ensure the success of these small producers. For more information about WIBDI please visit their website at http://www.womeninbusiness.ws/

CNHA is a national network of Native Hawaiian Organizations, providing assistance in accessing capital and technical resources, and is a policy voice on issues important to Native Hawaiian communities. Its mission is to enhance the well-being of Hawaii through the cultural, economic, and community development of Native Hawaiians.