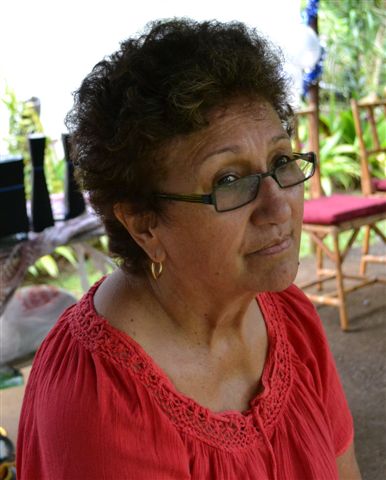 One such heroine being recognized for her achievements in economic empowerment is Adimaimalaga (Adi) Tafuna’i, a Samoan entrepreneur and executive director of Women in Business Development Inc (WIBDI), an organization she helped found more than two decades ago.

Tafuna’i’s recognition is refreshing, as women leaders from Asia Pacific are rarely included in such global lists, and indeed the reality for women in these countries seldom makes headlines.

A tiny country far flung in the Asia Pacific, Samoa's local economy continues to struggle. Approximately one-third of the country’s GDP hails from remittances, or money sent back to the country from Samoans working abroad, and imminent natural disasters decimate a delicate agricultural sector that forms the mainstay of the country's livelihood. WIBDI was founded in 1991 with the vision of engaging more Samoan women in business.

Yet after two devastating cyclones hit the country soon thereafter, and a Taro Leaf blight wiped out the country’s staple crop, WIBDI shifted its focused to the economic empowerment of families at the village level – providing small business training and support for handicrafts, organic farming, and fair trade.

Tafuna'i’s vision is a revitalized local Samoan economy, but one that is strong enough to break into larger global markets, and also link with the markets of other countries in the region. In 2008, Tafuna'i brokered a fair trade agreement between local Samoan coconut farmers and the Body Shop, and in 2010, more than 22 tons of organic coconut oil were exported for the global cosmetics giant. Although women are not specifically the focus of WIBDI’s work, Samoan women benefit from this thoughtful and holistic approach.

Samoa’s Prime Minister, Tuilaepa Sa’ilele Malielegaoi, recently praised the work of WIBDI, saying that, “no group or individual has contributed more to the village economy — particularly to the empowerment of women.”

Though men manage a majority of the farming, women are the primary crafters. And while a majority of village chiefs are men, women are allowed to assume the title of chief, and are increasingly doing so. Further, a “Women in Parliament” bill is currently being considered, and would reserve 10 percent of seats for women.

Currently just two members of parliament are female. Recent years have seen an upswing in attention to women’s role in agriculture worldwide.

In the face of looming food crises and growing awareness of land rights issues, the work of Tafuna’i and WIBDI not only serves to support local farming practices, but the crystallization of such practices into sustainable and global business opportunities. This is major. Globally, women are the mitochondria of the agricultural sector.

But with concerted support for the development business acumen and market smarts to boot, they can emerge as entrepreneurs, business owners, and the stewards of the global economy.